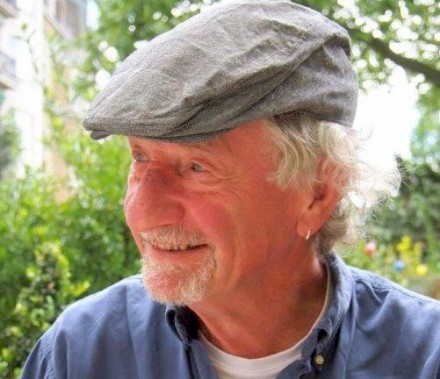 Andrew was drawn to Peace Studies because of his pacifist convictions, which in turn led to his long association with the British pacifist publication Peace News and associated initiatives. His commitment to nonviolence also led to his involvement with War Resisters International.

Andrew’s research interests and publications have also reflected his commitment to nonviolence as practice and principle. He has published on such topics as alternative nonviolent life styles, the role of forgiveness in nonviolent conflict transformation, biographies of pacifists and philosophers with particular insights into the dynamics of nonviolent change, dealing with the past in societies emerging out of damaging violent conflict, maritime-based nonviolent direct action, and the emotional dynamics of peace-building and conflict transformation. (Find more information about Andrew’s publications at https://coventry.academia.edu/andrewrigby)

Andrew has had a long-term interest and involvement with Palestinian unarmed resistance to occupation. His study of the first Palestinian intifada has been re-published in a fully-revised edition by Irene Publishing. His most recent book, Popular Protest in Palestine: The Uncertain Future of Unarmed Resistance (co-authored with Marwan Darweish) was published by Pluto Press in July 2015.